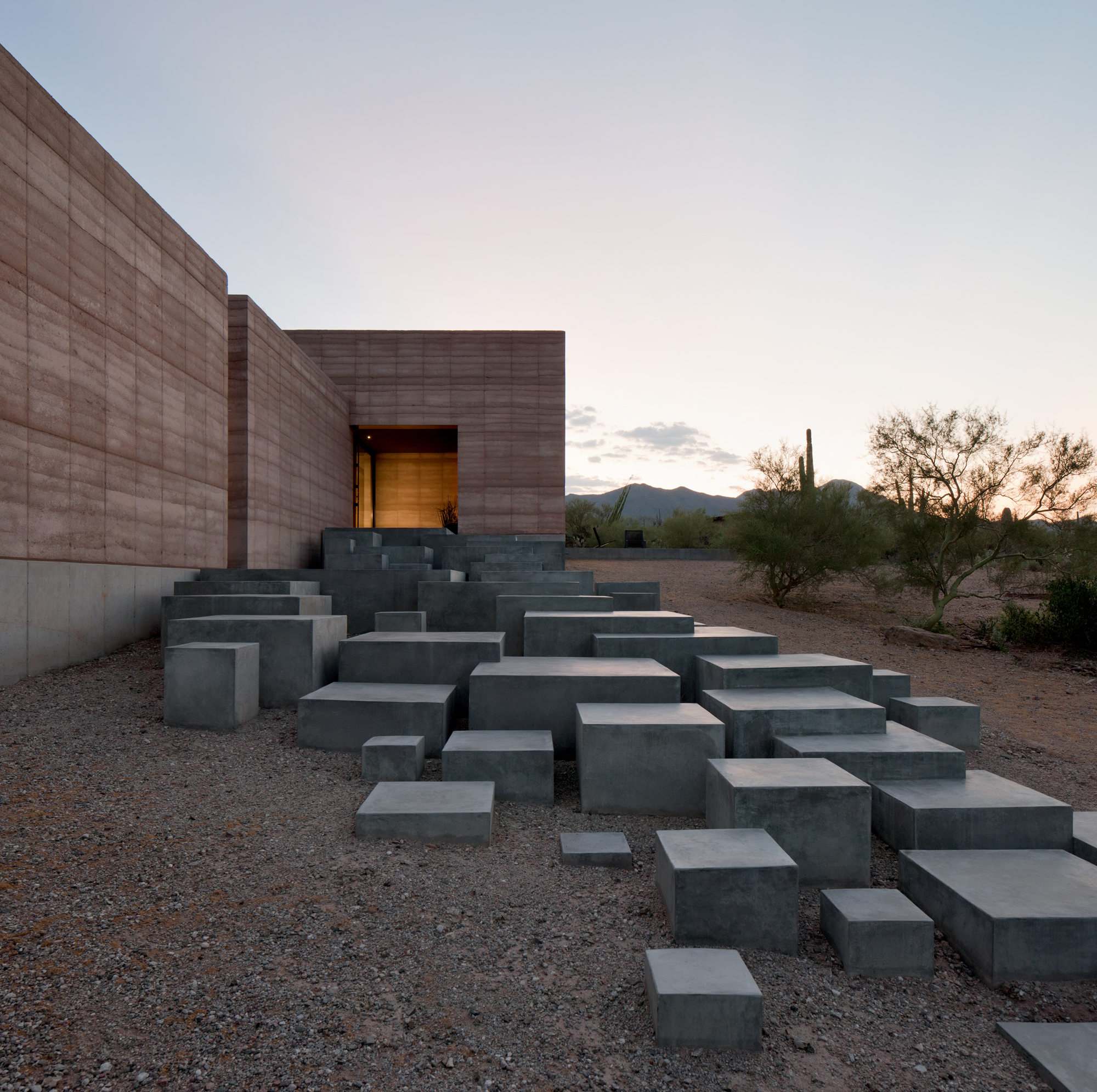 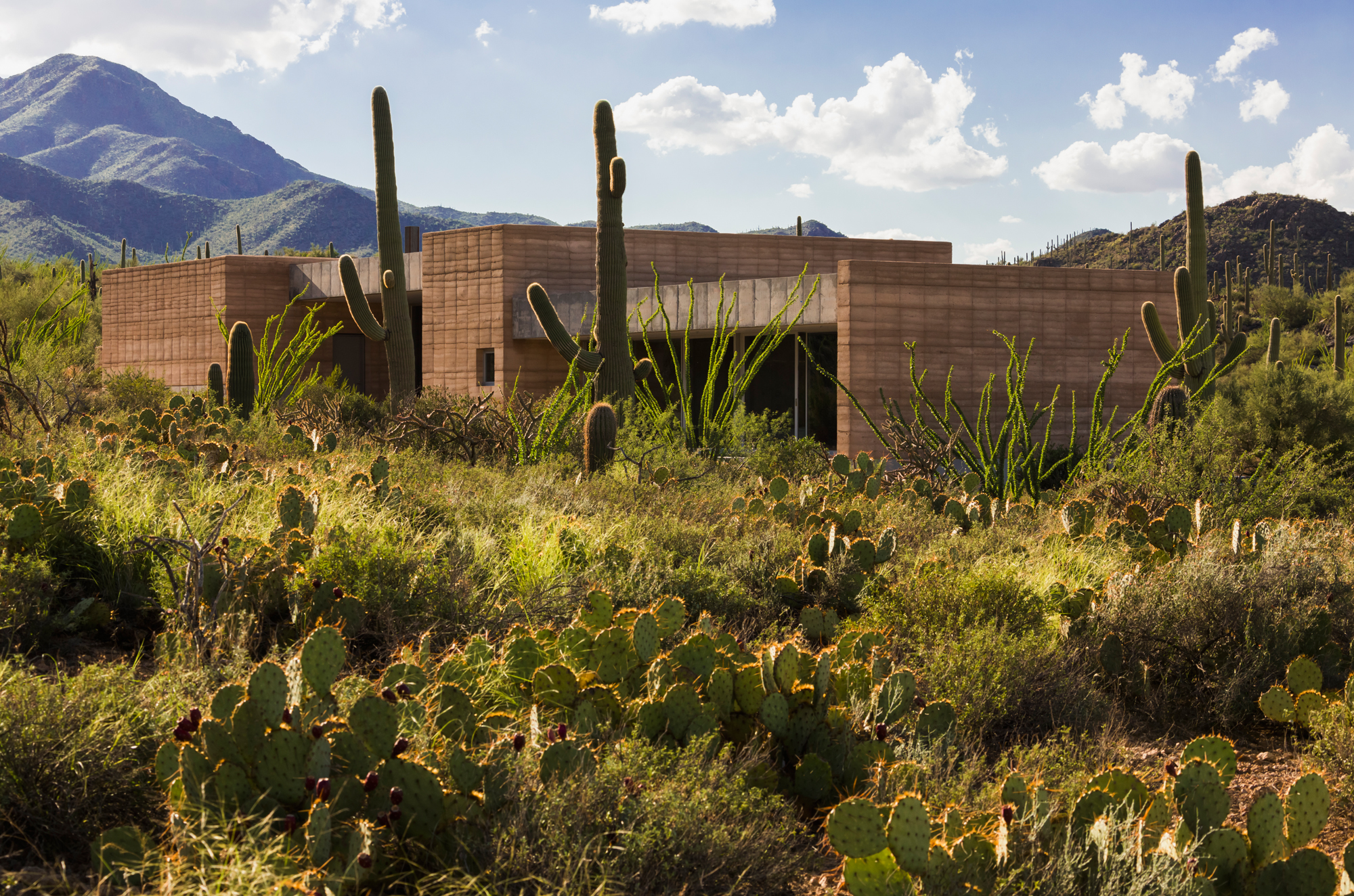 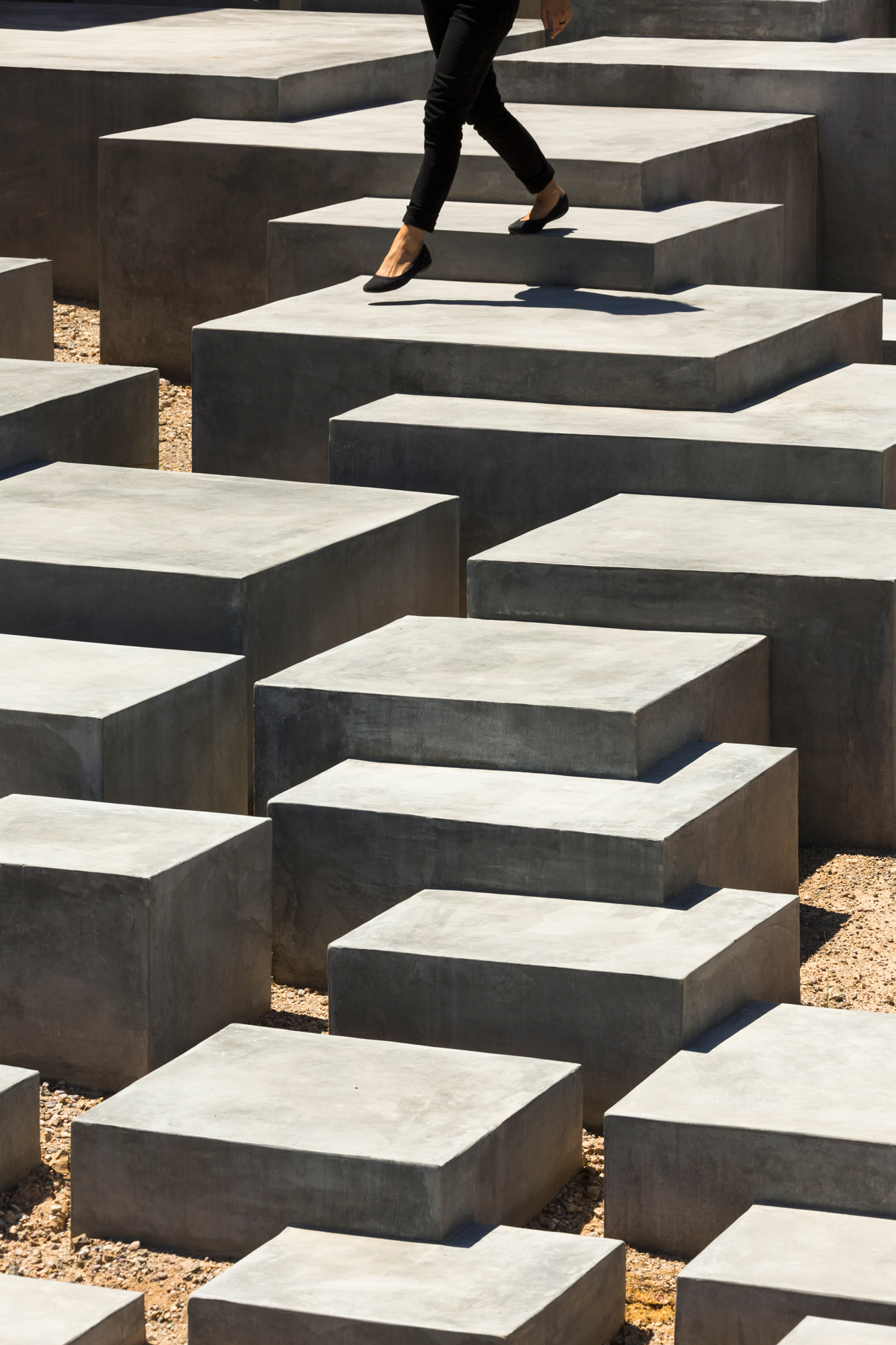 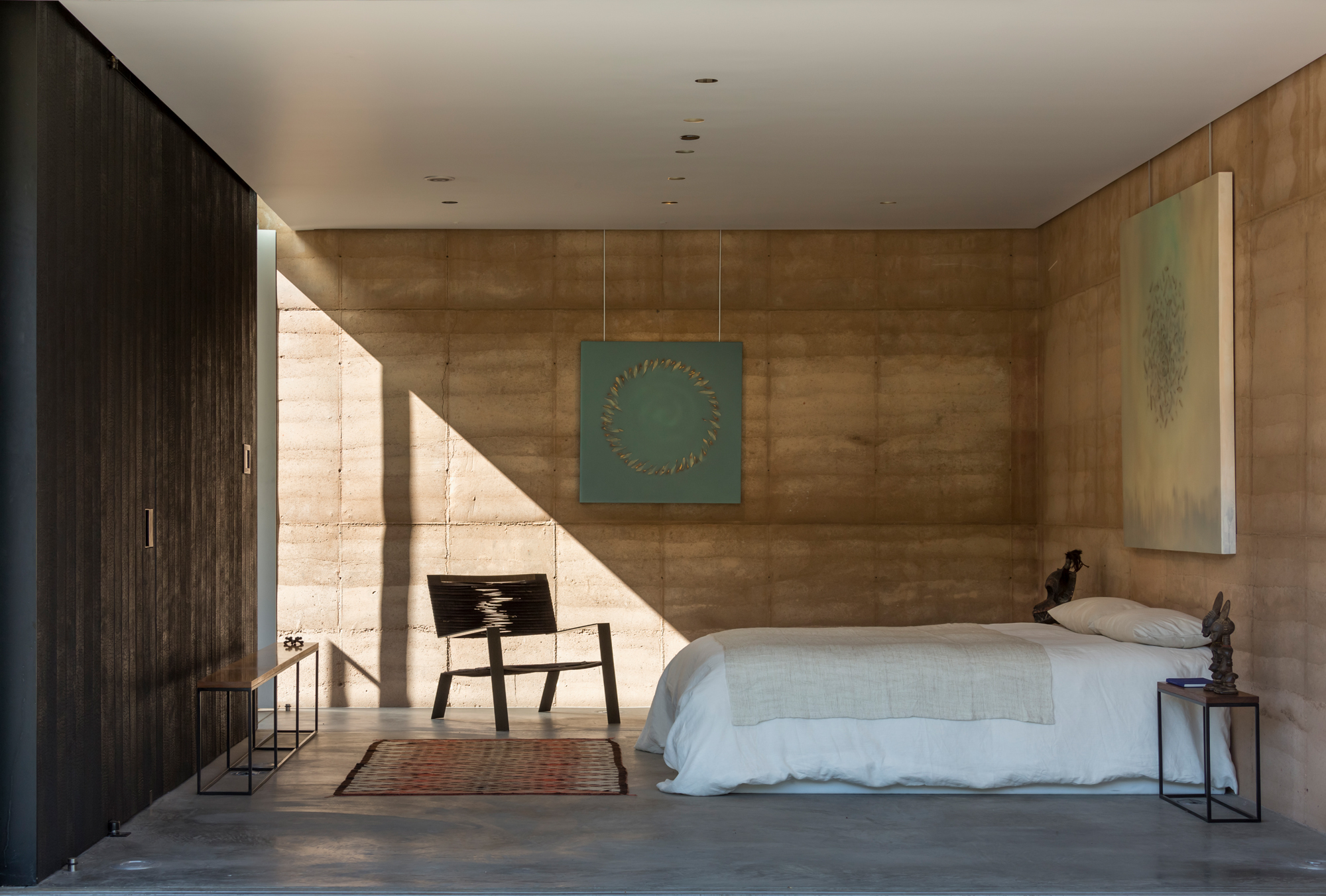 The Tucson Mountain Retreat shares over 900 feet of its perimeter with the pristine expanse of Saguaro National Park, in the heart of the Sonoran Desert landscape with its endless stretch of towering Saguaro Cacti. It is an extremely rugged, lush, and fragile land that exudes a sense of stillness and permanency, and beckons an architecture carefully situated in and shaped by the soft rhythms of this land.

Tucson Mountain Retreat, an experiential rammed earth residence, approaches the Sonoran Desert with reverence, defined by a desire to share – not exploit – the gifts of this unspoiled location. The soft tones and rich texture of rammed earth mark a simple program that opens up to the landscape generously, while circulation through the spaces folds the landscape in with the program. The home invites the constantly-shifting desert light and the backdrop of the living desert landscape to holistically inhabit the space alongside the residents, becoming integral and intimate partners in the life experiences of the home.

The clients, a San Diego doctor and his wife, were led to this site with a dream of reconnecting their roots to this magical and mysterious landscape, coupled with a desire to indulge in a love of music as lifestyle. Simple functional requirements for living, sleeping, and a live music studio suggested a unique design strategy, which places an emphasis on clear separation of each function to offer the desired site integration and sound isolation.

Arrival is marked by a sequence of fractal concrete cubes that offer an open-ended path toward two separate entries: midway up the ascent, a narrow slit marks the bedroom entry, while a dark square void defines the main entry. Rammed earth walls weave through the plan, dissecting it into three zones and imprinting the home with a warm texture and massive weight that can be felt and heard. The living space, open to both the north and south, is the heart of the home, also acting as a barrier between the music studio to its west and the bedrooms to the east.

The home’s haptic connection to its environment is woven into every detail of the home. The smell of Spanish cedar permeates the bedrooms, as the charred walls that clad the bathroom core invite a tactile engagement and evoke visual references of a drought-ridden desert floor. Each programmatic function is accessed through an exterior passage, which forces an exit and encourages an active engagement with the desert environment. The permeability of the design is further reinforced by dappled light filters beneath a spiral stair that leads up to a panoramic roof deck for star gazing. When the large glass panels that separate home from desert are fully opened, the residence evokes a boundless Ramada-like spirit, animated by the ever-changing desert, its light and scent.